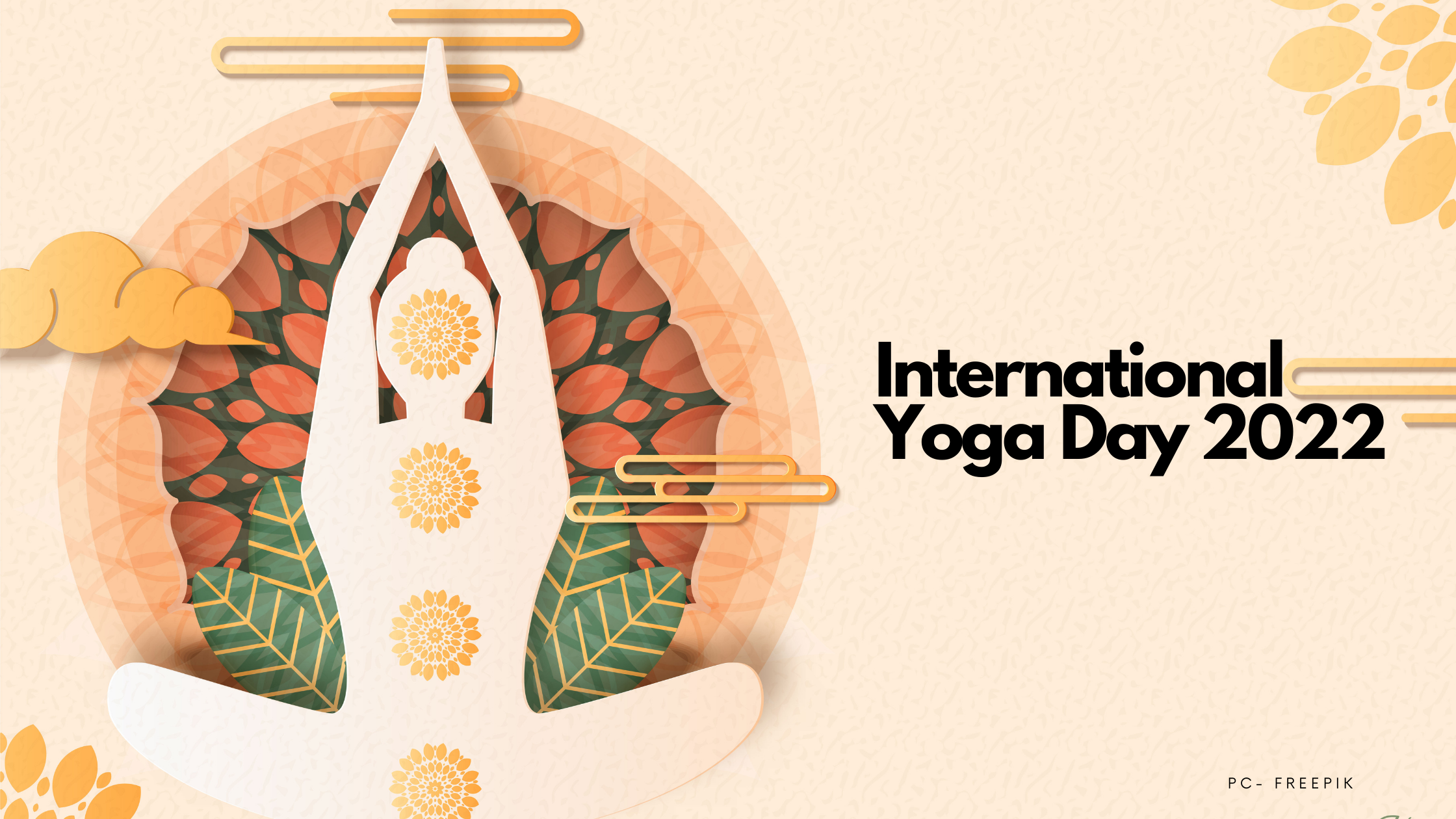 The most trending word that everyone is hearing or watching today is “Yoga”. But the question that comes to mind is ‘What is Yoga’? The word has been derived from the Sanskrit word ‘Yuj’ which means ‘to join’, ‘to yoke’, or ‘to unite’ therefore the answer is very simple, as the word itself suggests Yog which means to join or to unite, another question arises as to unite with what? Now, many people have many theories but mainly it is the union of the mind with the body in modern times. Also according to ancient history Yoga was known as the union of the soul with the eternal power, as the Rishi did yoga to connect with God.

Today is the 21st of June and this day is celebrated as “International Yoga Day”. It is celebrated annually worldwide since its inception in 2015. Yoga day was proposed by our Indian Prime Minister Mr Narendra Damodar Das Modi in his United Nations General assembly Address on 27th September 2014, where he suggested the date for Yoga Day keeping in mind the fact that it is the longest day in Northern Hemisphere, and shares noteworthiness in different parts of the world. The UN adopted the resolution.

Since then it has been the UN’s promoting for Global health, harmony and peace. This year we are celebrating the 8th International Yoga Day. The theme of this year’s celebration is “Yoga for Humanity” and around 25-30 Crore people are expected to take part in various events today, be it individual or in groups, for their wellness and good health.

Early in the morning Our Prime Minister Narendra Modi led a mass yoga event in Mysuru Palace Ground, Karnataka. Here more than 15,000 Yoga Enthusiasts took part along with our PM as estimated.

The program started with PM’s speech where he said “The groomed yoga from our ancient times is now giving new directions to the world’s health, he mentioned that a few years ago yoga was limited to houses and dedicated yoga centres but today it is a global event where we see a lot of pictures around the world.”

To mark the 75th Year of the independence of India 75 locations were identified by the Ministry of Ayush for the union ministers to take part in yoga day.

The Chief Ministers and Governors of the states of India took part in yoga sessions today. Not only the Ministers but also the Bollywood celebrities didn’t miss out on this beautiful occasion.

The brand ambassador of yoga in the Bollywood industry Shilpa Shetty, Malaika Arora, Deepika Padukone, and Akshay Kumar are among the most popular names who took part in Yoga Day.

Yoga has the potential to herald a new Yuga that means a new age new era of peace compassion brotherhood and all-around progress of the human race. Yoga is not only about the asanas it’s much more, it is about knowledge (gyaan), work (karma), and devotion (bhakti). Yoga is a core that connects people with life, it reconnects mankind with nature. Yoga guarantees wellness and fitness. It is not merely an exercise but it is a way to attain peace through physical, mental and spiritual well-being.

Yoga can be termed as health insurance at zero budget. During the outbreak of the Pandemic, yoga provided people with ease and helped to breathe out the breathlessness that was throttling them out. It ensured people come out of the panic state of those situations

Yoga is a must for every person to maintain a healthy lifestyle.

Some of the Yoga Asanas performed by our Prime Minister today are as follows:-

Here we stand tall and straight with our arms raised above the head in Namaskar Mudra and bent leg from the knee with the sole of the foot that goes to the top most position of the thigh of another leg.

This Asana helps to strengthen the Vertebral Column, thighs, ankle, and calf. Also, it stretches the  shoulder and thorax.

Here we lie down on our stomachs with the toes flat on the floor and place both the hands in such a way that our palms are touching the ground under the shoulders, with slowly lifting the head, chest and abdomen.

This Asana helps to strengthen the Vertebral Column, Back, and shoulders. It stretches the Abdomen, Thorax and Lungs.

Here we lie down on our back with our feet together and then we slowly bring the knees towards our chest and press the thighs on our abdomen with clasped hands. While holding it there we take long and deep breaths in and out. On an exhale, tighten the grip of your hands and while inhaling, loosen your grip, come back to the ground and relax.

This Asana strengthens the back and abdominal muscles. Helps relieve constipation and gas.  Enhances blood circulation, and Eases tension in the lower back.